One of the most obscure power electronics components is the inductor: the coil-like structure that you find in most circuits. It's down to these and their properties that transformers and other power electronic circuits work.

Due to the way, they work by not only altering the electric field but the magnetic field around it-many people struggle to understand them.

What is an inductor? 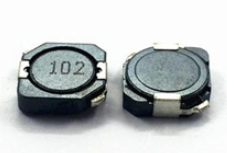 An inductor is arguably the simplest of all electronic components. It's a passive two-terminal electrical component that stores energy in a magnetic field when electric current flows through it. Typically, an inductor will consist of an insulated wire that's wound into a coil, much like a resistor. This design was settled on following extensive trial and error methods that considered methods like Hanna curves and area-product.

When the current flowing through the coil changes, the time-varying magnetic field induces a voltage in the conductor with a polarity that opposes the change in current that created it. As such, inductors oppose any changes in current that pass through them.

The induced magnetic field also induces an electrical property known as the inductance-the ratio of voltage to the rate of change of current. Inductance quantifies how much energy an inductor is capable of storing.

The design of an inductor is governed by the electrical, mechanical, and thermal requirements of a given application. In general, it involves:

ㆍDeciding a core shape and size

The core material is an enamel-coated magnetic wire typically made of copper which is then coated in layers of insulating polymer material. The winding can form many shapes, including circular, rectangular foil, and square cross-sections. A magnetic wire is chosen to confine and guide the magnetic fields, and this is insulated to prevent problems like short circuits and breakdowns.

The different types of inductor 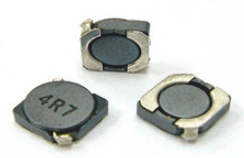 Different applications require different types of inductors. In almost all cases, you'll find that an inductor in a system is formed around a core material-generally iron or iron compounds to support the creation of a strong magnetic field.

Iron is the classic and most recognizable magnetic material, making it the perfect choice for use in inductors. As above, iron in inductors takes the form of an iron core. They are typically used for low-frequency line filtering due to their relatively large inductances. They are also used a lot in audio equipment. Inductors don't always need to have an iron core, though.

As the name suggests, air core inductors have no core-the core is open air. Since air has a low permeability, the inductance of air core inductors is very low. This means that the rate of current rise is relatively fast for an applied voltage, making them capable of handling high frequencies found in applications like RF circuits.

A ferrite is a ceramic material made by mixing and firing iron(III) oxide blended with small amounts of one or more additional metallic elements, such as nickel and zinc. When used in inductors, ferrite powder is mixed with an epoxy resin and molded to form a core around which a magnetic wire can be wound. Ferrite inductors are the most widely used type as it's possible to finely control their permeability by tuning the ratio of ferrite to epoxy.

Inductors, due to the copper and iron materials needed to make them, tend to be expensive. This relegates the majority of their use cases to applications in areas where such an expense can be justified, such as telecoms equipment, radios, and power supplies.

Overall, they're very simple components that play a critical role in power electronics. We are an inductor supplier. If you are interested in our products, please contact us now!

Previous: How to Read the Value of SMD Resistor? Example Explained

Next: Definitions for Common Inductor Parameters