News & Events
How to Read the Value of SMD Resistor? Example Explained
Oct. 18, 2022

SMD Resistor, called Chip Resistor, is one type of resistors. It is a part made by mixing metal powder and glass glaze powder and printing on the substrate by screen printing. It is resistant to humidity and high temperature, and has a small temperature coefficient. Different resistors have different resistance values, for SMD resistors, how are these resistance values marked and read? 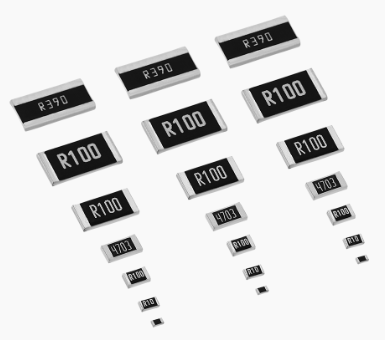 What Do Markings on Resistors Mean?

Use numbers and unit symbols to mark the resistance value on the surface of the resistor, and the allowable error is directly expressed in percentage. If there is no deviation on the resistance, it usually takes ±20%.

A method of marking the nominal value with three digits on the resistor. The digits are from left to right, the first and second digits are effective values, and the third digit is the exponent, that is, the number of zeros, and the unit is Ω. Deviations are usually expressed in text symbols.

Mark the nominal resistance value and allowable deviation on the surface of the resistor with bands or dots of different colors, which is common in many regions.

Resistance Value of the Chip Resistor

1. The first and second digits represent the significant number of resistance.

In addition, the chip resistors with packages 01005, 0201, and 0402 are too small in size, so there is no marked code, so they can only be measured and distinguished by a multimeter test.

We are an SMD Resistor supplier. If you are interested in our products, please contact us now!

Next: Understanding The Role of Inductors in Power Electronics