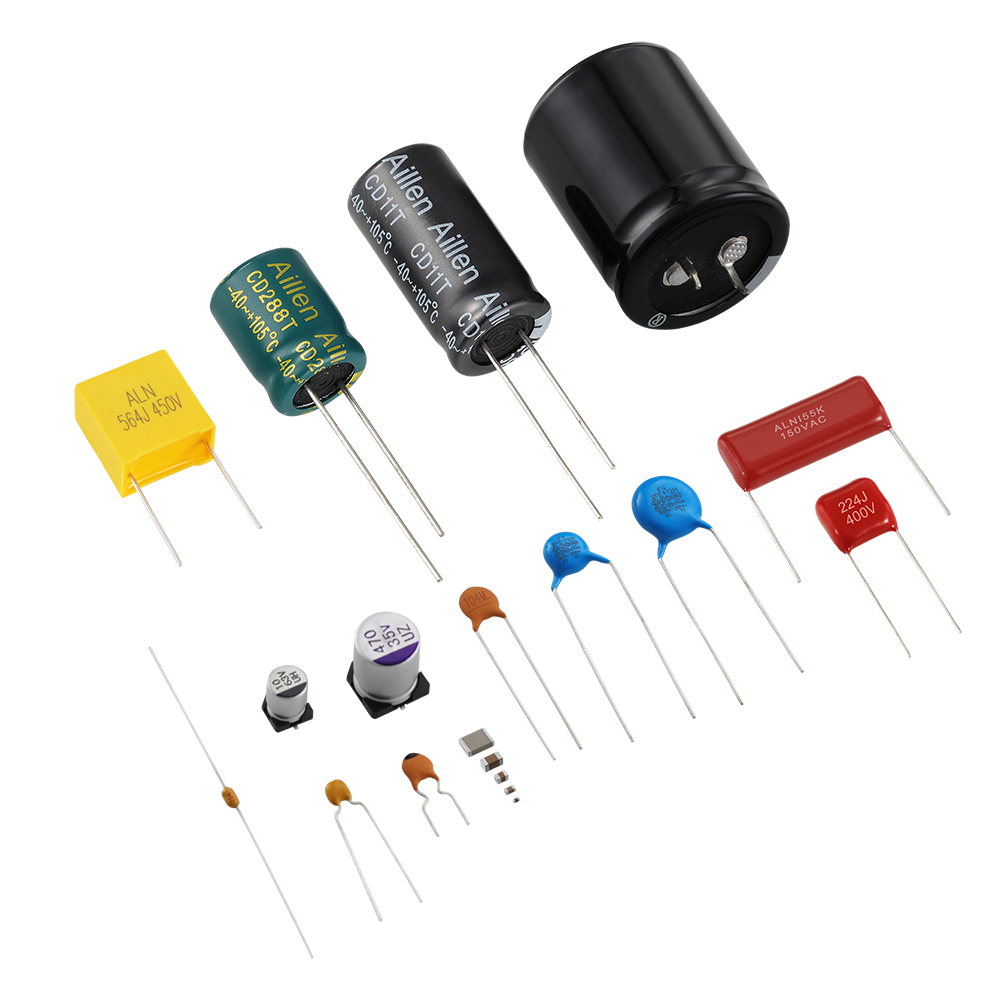 Achieve greater capacitance than other capacitor types with Aillen's broad selection of radial capacitors. We offer polarized capacitors in a variety of sizes and configurations that are perfect for passing through or bypassing low frequency signals in your electronics projects.

Radial capacitors have two leads that protrude from the bottom of the capacitor. In this sense, they are different from the configuration of axial capacitors, which have one lead at each end.

Radial capacitors are polarized, so it is important to solder them with the correct polarity. If not, they will vent (bulge at the top) after a few minutes of operation. The position of the capacitor is marked by a circle with a white shading. This marks the negative leading position. The capacitors also have stripes on all sides. This marks the negative leading position. So you need to arrange these markings.

However, not all PCBs follow this rule. ASUS actually uses white shaded parts for the positive leads on their PCBs, which is very confusing. Sometimes, the PCB markings can also be wrong. Therefore, the best thing to do when replacing capacitors is to trust the placement of the original capacitors on the board and not on the PCB.

The type of electrolytic capacitors used on the motherboard are low ESR (Equivalent Series Resistance). the lower the ESR, the faster the capacitors will discharge, and fast discharge is what computer circuits need.

One of the problems with replacing capacitors in motherboards and power supplies is that manufacturers use smaller diameter capacitors than those available to the public through large distributors. 1000uf and lower may be 8mm, 1500uf-2200uf is 10mm, and some sources may offer 10mm and 12.5mm for these sizes respectively. on motherboards this is not too much of a problem because Some capacitors can be mounted at an angle, but in power supplies this can sometimes be a problem as the spacing can be tight in all directions.

Wet electrolytes have a habit of failing, either because they are poorly manufactured or because they are operating in conditions that exceed their ripple current, voltage or other factor ratings. Typical failure modes are high ESR, low capacitance, short circuit, or open circuit. They can also sometimes indicate their failure visually by swelling and leaking electrolyte from the top or pushing out the bottom plug and leaking electrolyte from the bottom. But this is not always the case.