Aillen is a Chinese inductor manufacturer. It provides high-quality products and good after-sales service. It has the concept of the customer first. Today I will introduce to you what inductors are and what the role of inductors is. 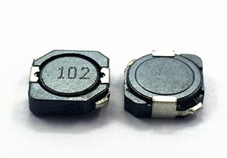 Inductance is a property of a closed loop. When the coil passes current, a magnetic field is induced in the coil, and the induced magnetic field will generate an induced current to address the current in the coil. The relationship between this current and the previous interaction is called electrical inductance, which is also called inductance.

Inductance is the ratio of alternating magnetic flux inside and around the wire when alternating current is passed through the wire, and the ratio of the magnetic flux of the wire to the current that produces the magnetic flux. The changing current will produce a magnetic field, and the changing magnetic field will induce an electromotive force. The parameter of its linear relationship is called inductance. The ideal inductance does not generate or consume energy, but due to the mutual conversion of electromagnetics, it has storage and The function of releasing energy.

What is the role of inductance?

Direct current: The so-called direct current means that in a DC circuit, the inductance acts as a wire and cannot play any role.

Resistance to AC: In an AC circuit, the inductor will have impedance, that is, XL, and the current in the entire circuit will become smaller, which will hinder AC to a certain extent.

The choke effect of inductance: the self-induced electromotive force in the inductance coil always changes with the current in the coil.

Inductance tuning and frequency selection: inductance coils and capacitors can be connected in parallel to form an LC tuning circuit.

What is the working principle of an inductor?

(2) When direct current is applied to the inductor, a constant magnetic field of constant size and direction should be generated around the inductor.

What are the uses of inductors?

Inductors are mainly used in the circuit to filter, oscillate, delay, trap, etc., as well as filter signals, filter noise, stabilize current, and suppress electromagnetic interference. The most common role of inductance in a circuit is to form an LC filter circuit together with a capacitor. Capacitors have the characteristics of "blocking DC and blocking AC", while inductors have the function of "blocking DC and blocking AC.

Founded in 1995, Aillen is a service provider focusing on power electronic products, focusing on communications, telecommunications equipment, new energy automotive electronics, industrial control, digital circuits and other fields. Good market reputation has won the favor and support of big brand manufacturers. To serve the market, we have offices in Shanghai, Dongguan, Wuhan, and Hong Kong to provide customers with comprehensive system services for marketing, technical support, and product sales. Professional integrity, sustainable operation, in order to provide a broader and better service, to assist customers and manufacturers to improve their competitiveness, and play the role of the best distributor of electronic components.

Next: How to judge the quality of the patch capacitor？